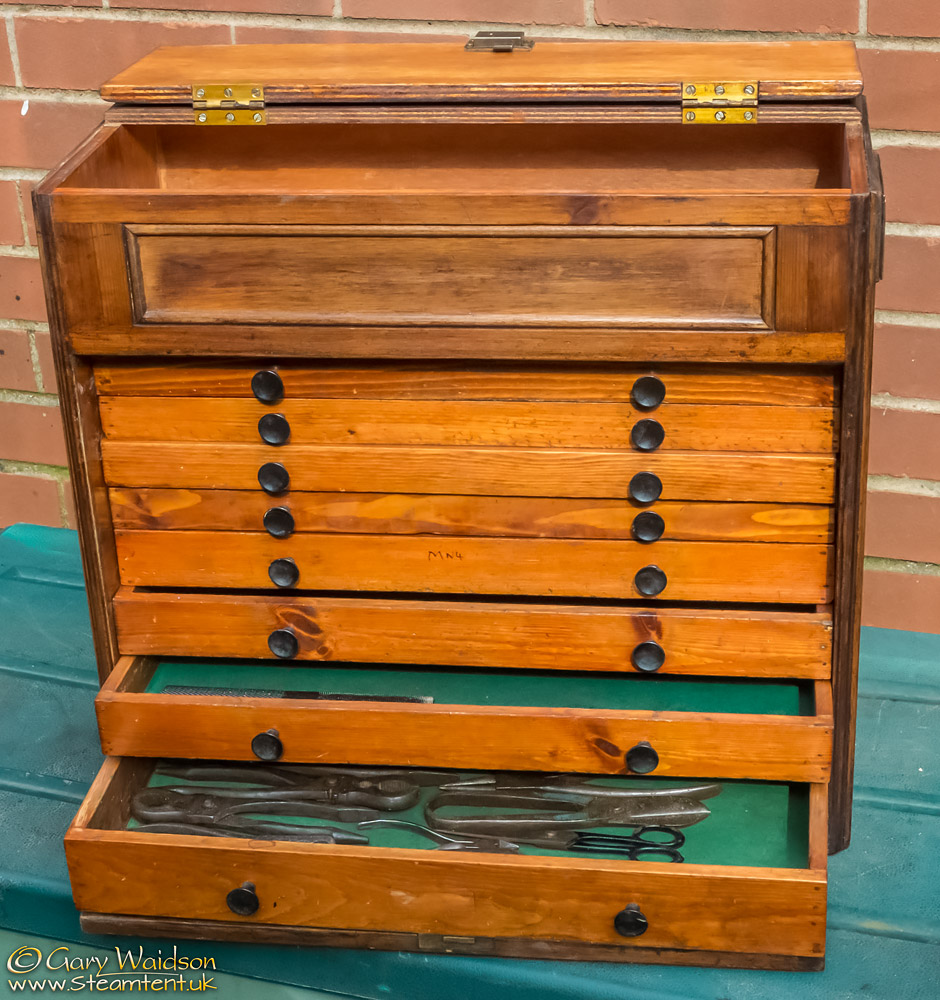 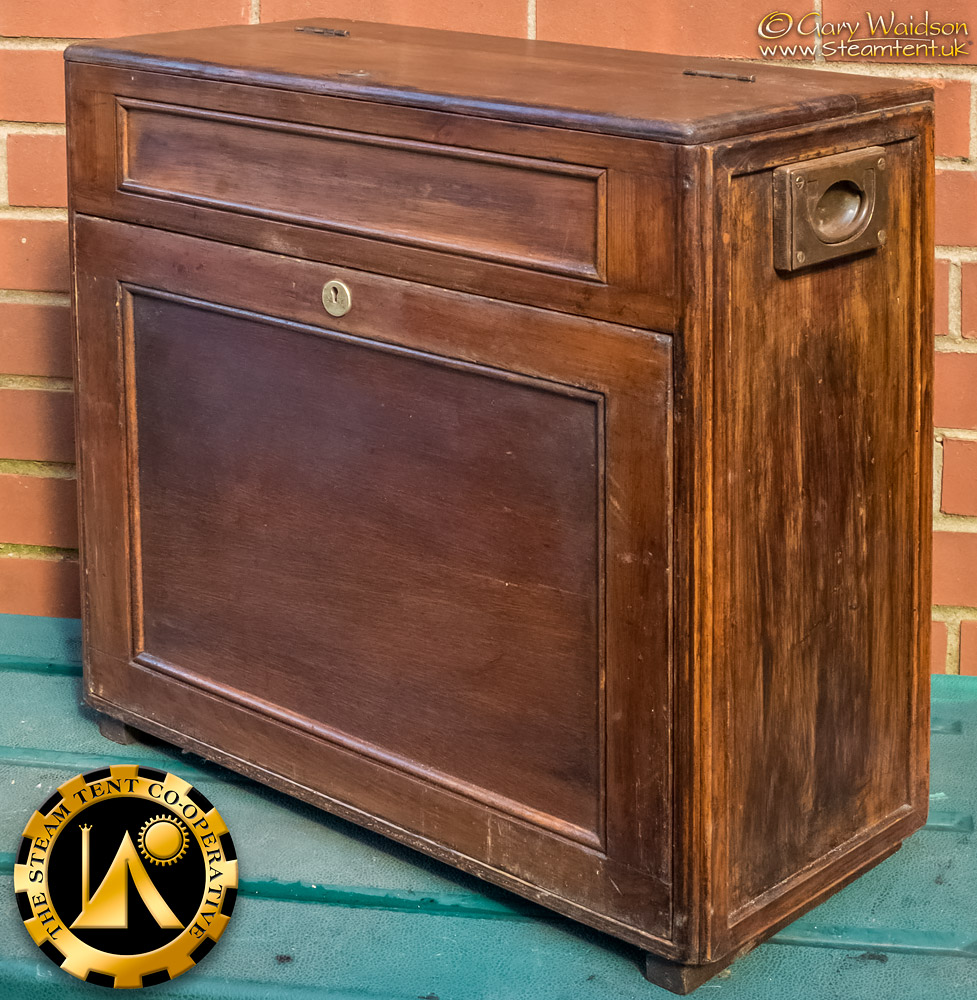 Anyone who loves tools, especially old ones has probably hankered for a tool chest like this.     For an engineer owning one is almost a right of passage.

I found this one on a car book sale, It was full of engineering tools, most of which I had already and the rest I had no use for. The price the gentleman wanted for it complete was good but he could probably have sold the tools alone for more than he was asking. I could see he was sad to sell it, he had worked for British Aerospace up in Preston and it was obviously his own. With a little negotiation I departed with just the chest leaving him the tools which I hope he makes a good profit on.

It was covered in stickers and in need of some TLC but after fitting some carry handles, a little fettling, fixing, cutting new keys and polishing up this was what I had. 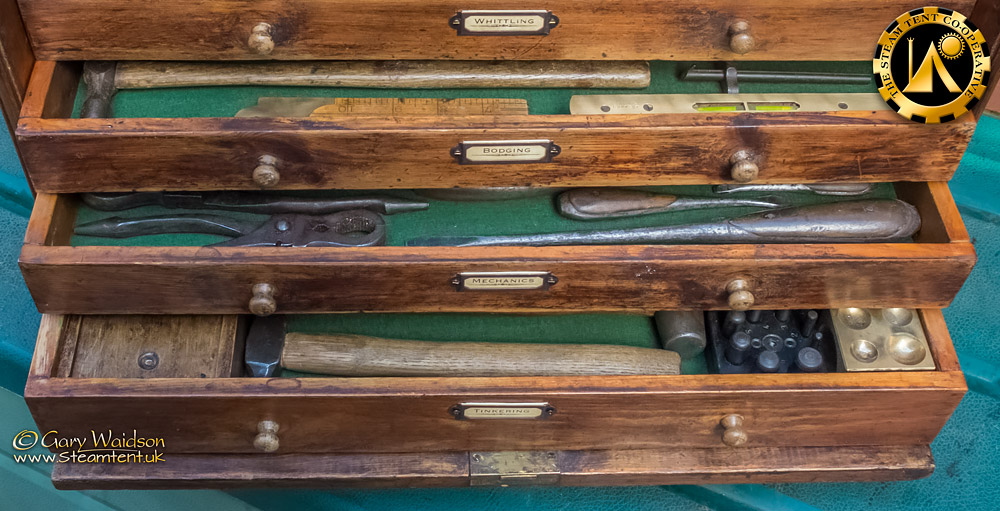 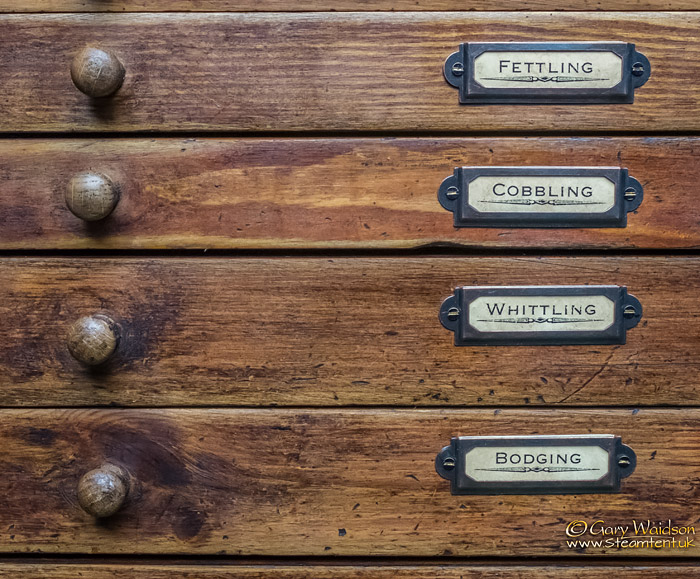 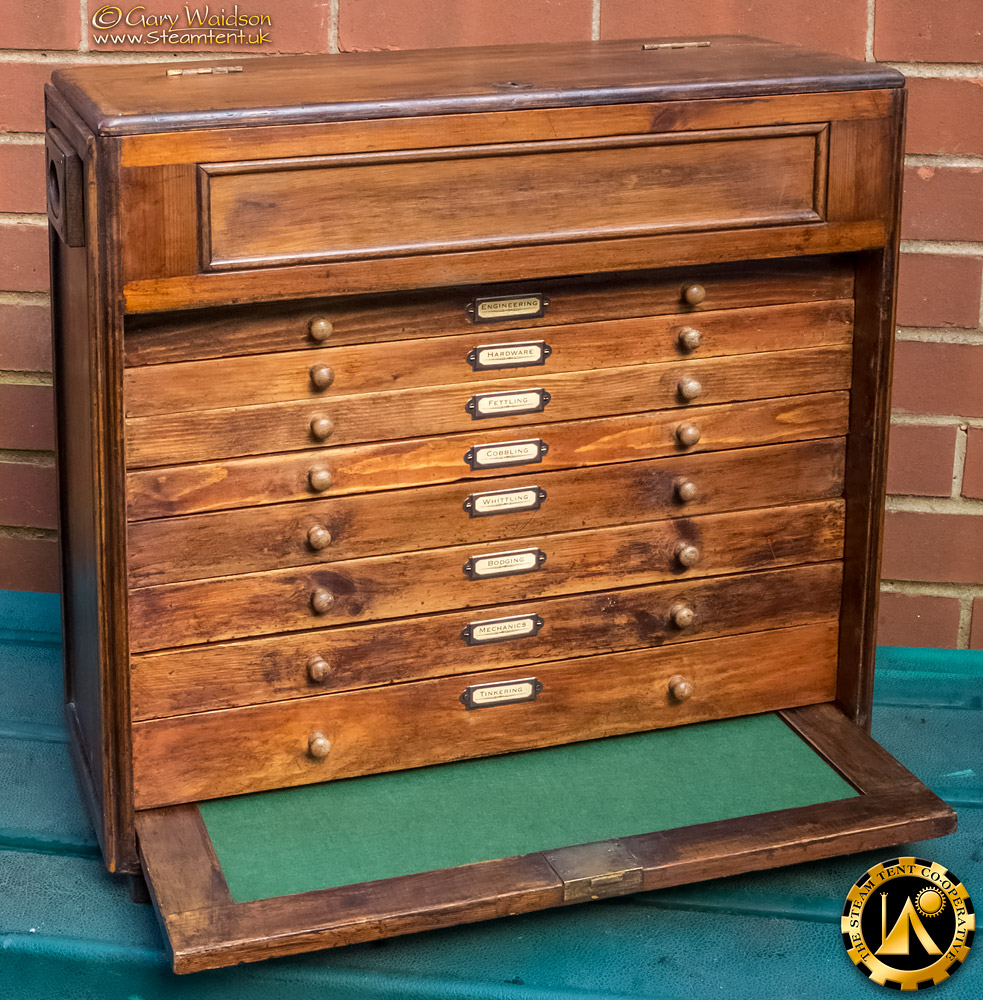 The drawer handles were plastic which I’m not much of a fan of so I ordered some nice turned oak ones like I had used on my Ditty Box.

I also replaced the flock vinyl drawer linings with some proper felt which looks and feels much better.

Another online search gave me a source for drawer label plates and a little work in Corel Draw later I printed the labels too.

I aged them a bit with a wet tea bag to tone them in with the rest of the tool chest.

This will give me somewhere to keep the nicer tools in my workshop and be portable for events and Steam Tent camps too.

All in all a nice find that will serve me well in the future I think. 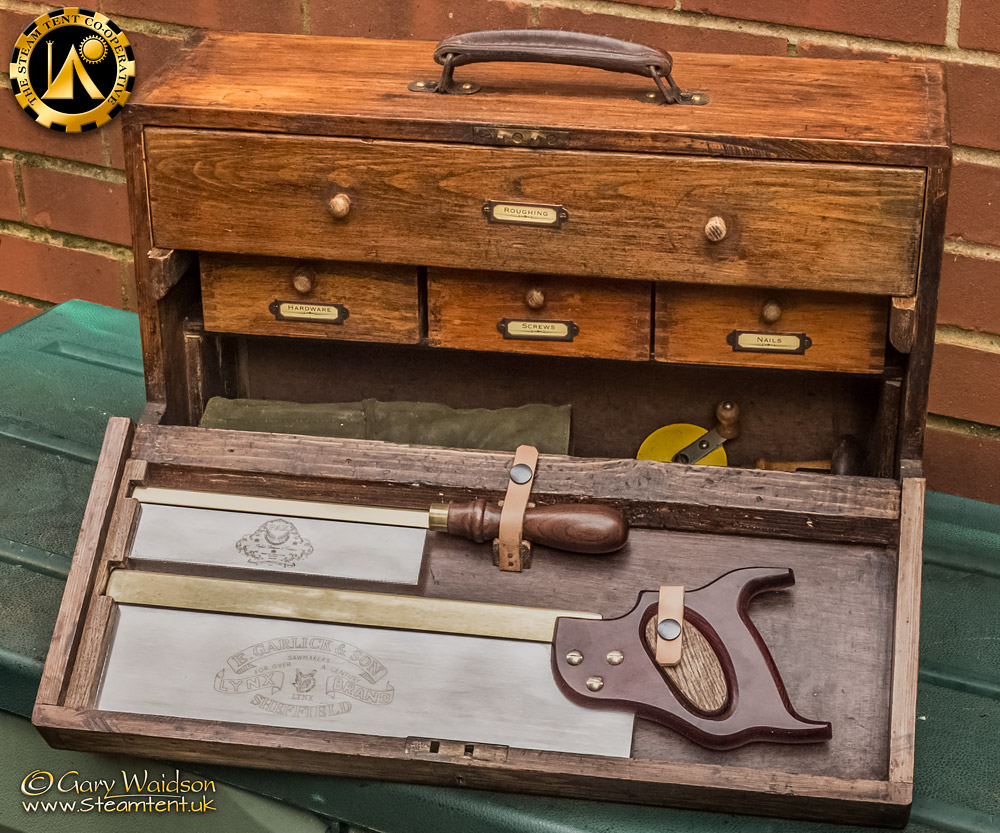 Post Script: I found a carpenters toolbox recently that needed a bit of restoration. It seemed like decent timber but had been painted with thick black paint.

Out came the paint stripper and on went some wax instead. I added three box drawers for hardware and the like and then set about making the mounts for a couple of saws in the drop down front. 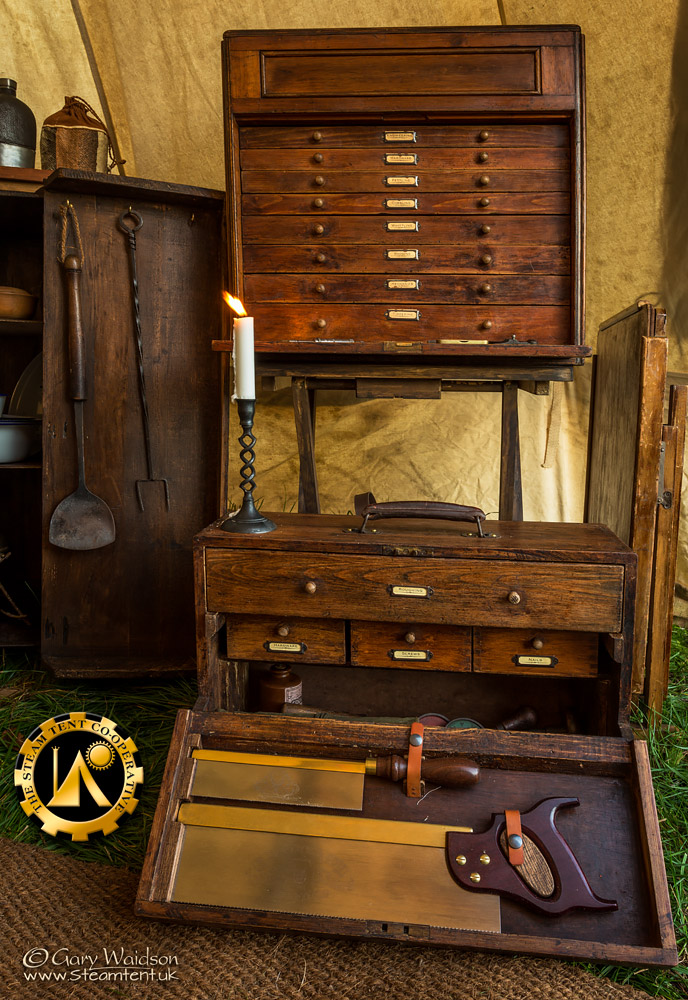 I added some labels and handles to match the Engineers Tool Chest and I’m quite pleased with the end result.

Together they form an impressive part of the furniture in our bell tent and ensure that I have most of the tools I might need right with me but at Steam Tent Co-operative events they will normally be kept in the Utilitent for easier communal access.