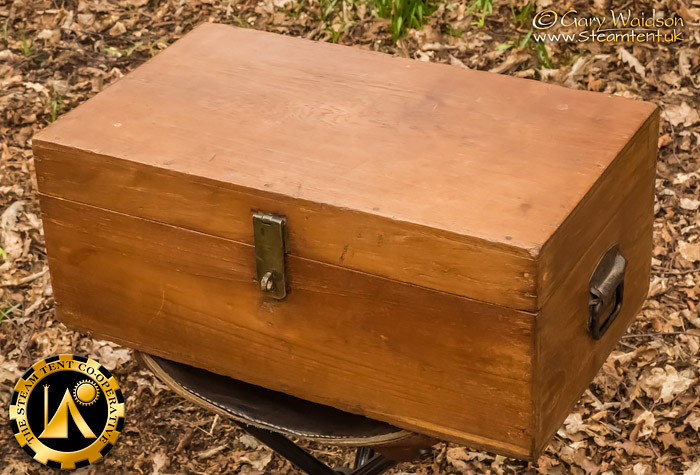 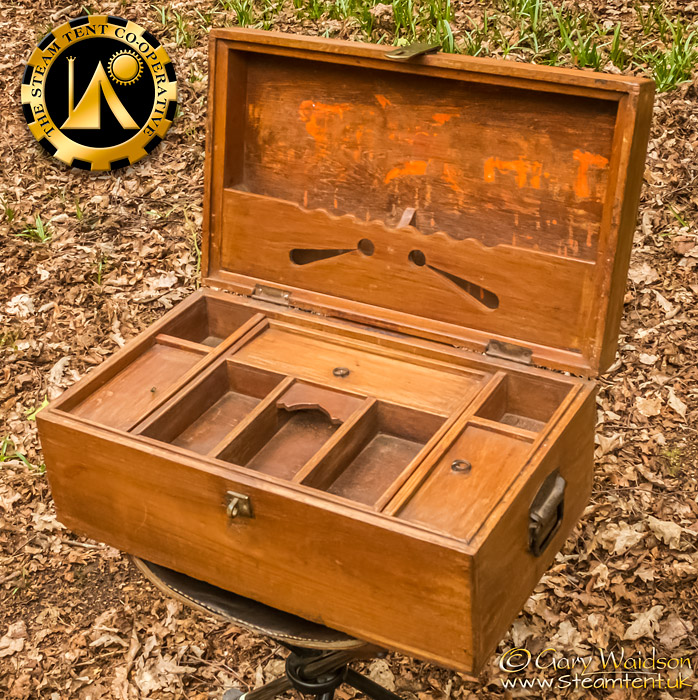 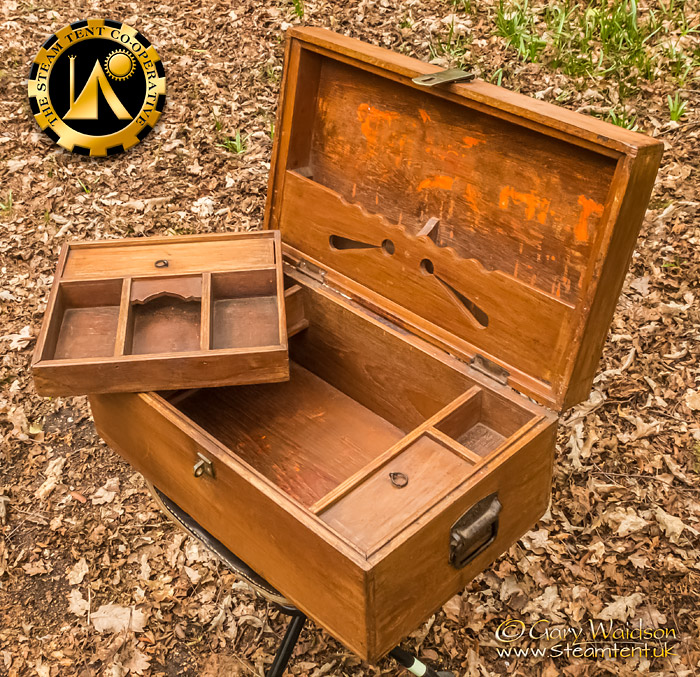 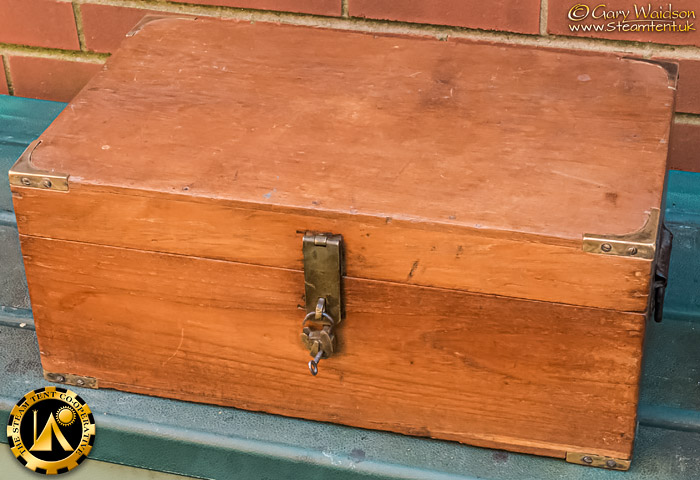 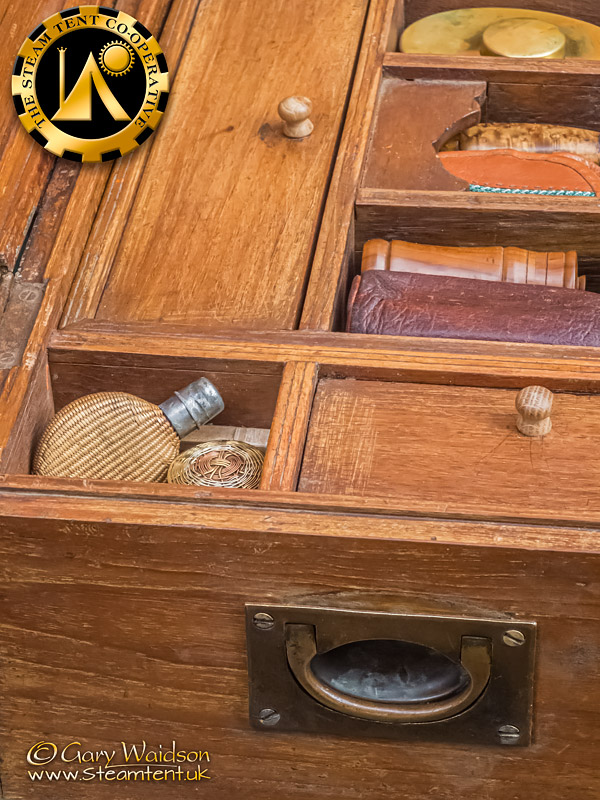 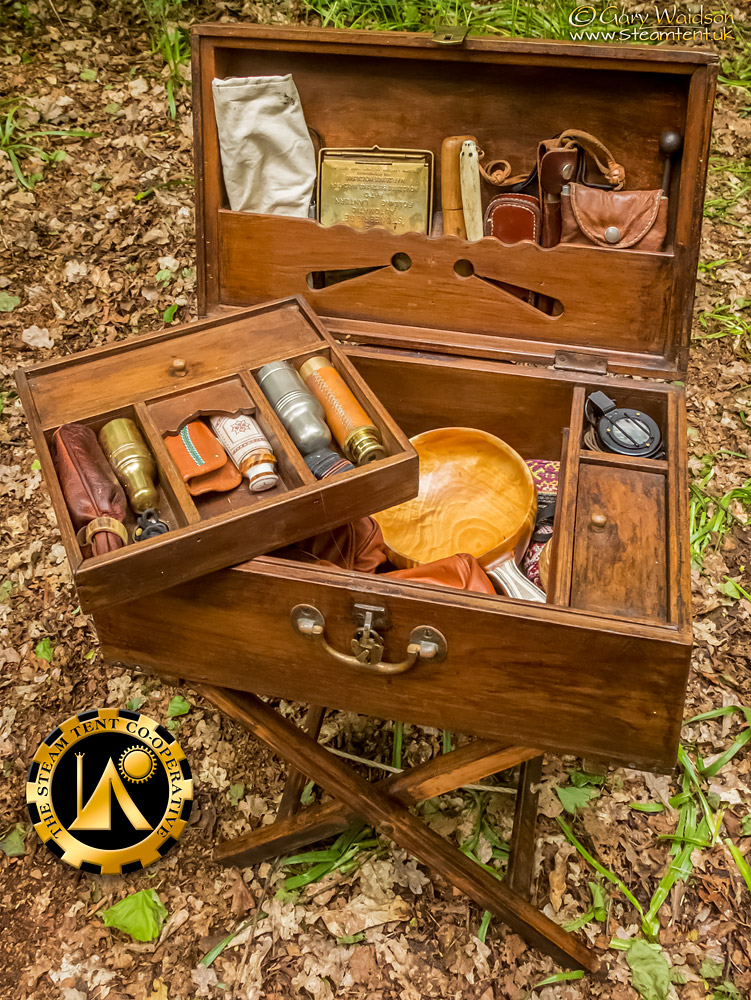 There is often a wide variety of “bits and pieces that accompany you on camp that are all too easy to misplace or lose altogether.

I have often advocated the usefulness of boxes for both storing such items but also hiding them away when required.

So, when I spotted this nice old box at a re-enactors market I decided it would make a nice little project.

It was described as a “Captains Ditty Box” which I think was largely speculative.

It certainly resembles a Ditty Box, which was used to contain a sailors personal effects on ship but it appears larger than the size usually allowed.

It had taken a little damage over the years but that all adds to the  character and the odd size is not a worry so it will serve it’s labelled purpose perfectly for me.

It seems to be home made but to a decent standard.

Not what you might think of as a fine antique which means I  don’t mind modifiying it a bit, something I am cautious of doing with things that have real historical value.

First of all, I wanted to reinforce the points which seem most prone to  damage. For that I used some cast brass corners which I patinated with  Liver  of Sulphur to blend them in with the existing fittings a bit.

The next thing I wanted to change was the lid  handles which were just screw eyes with split rings when I got it.  Functional but a little crude and the screws protruded from the  underside of the lids slightly leaving sharp points which might damage  the contents in transit.

I managed to source some simple turned  wooden knobs which were low enough they would not interfere with the box lid when closing.

While looking for them, I spotted an auction for some old brass military style campaign chest handles which I thought  would suit it as well.

To blend it all together I used some furniture wax with dye in to produce a darkened, battle worn appearance.

One of my inspirations for this project was the travelling chests that Army Officers took with them on campaign in the Nineteenth Century.

I was particularly impressed with the legs that some of them had for raising them above the damp when living in a tent.

What I needed was a detachable set of  legs so I could use the box with or without the legs depending on my situation.

By attaching a pair of battens to the bottom of the box I was able to  adapt some legs from an old folding stool which do the job perfectly.

When the lid is closed the whole affair becomes a convenient table for working on too.

The finishing touch was an old folding handle for the front to carry it one handed when needed.