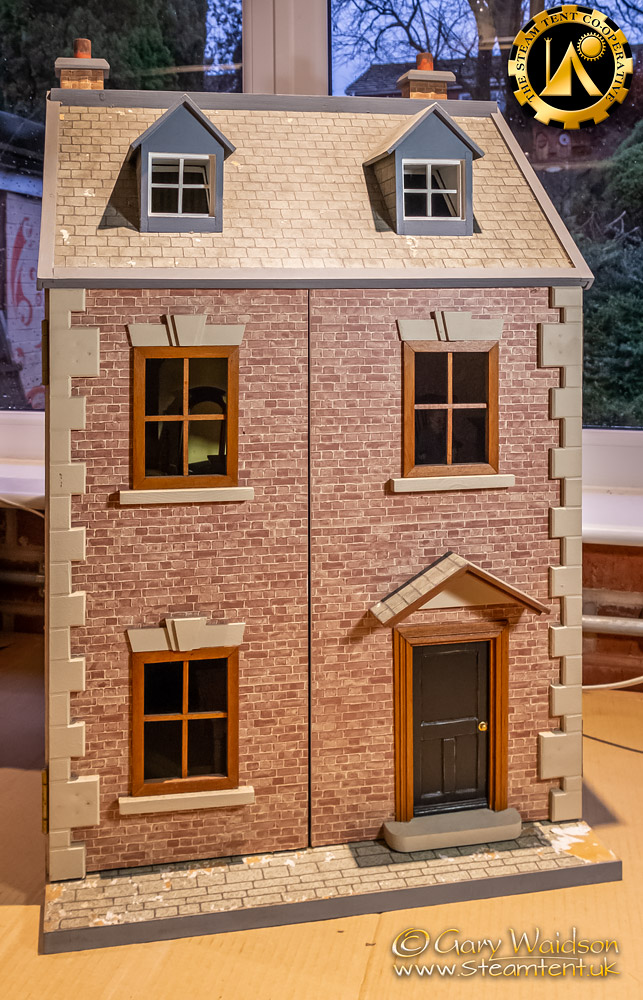 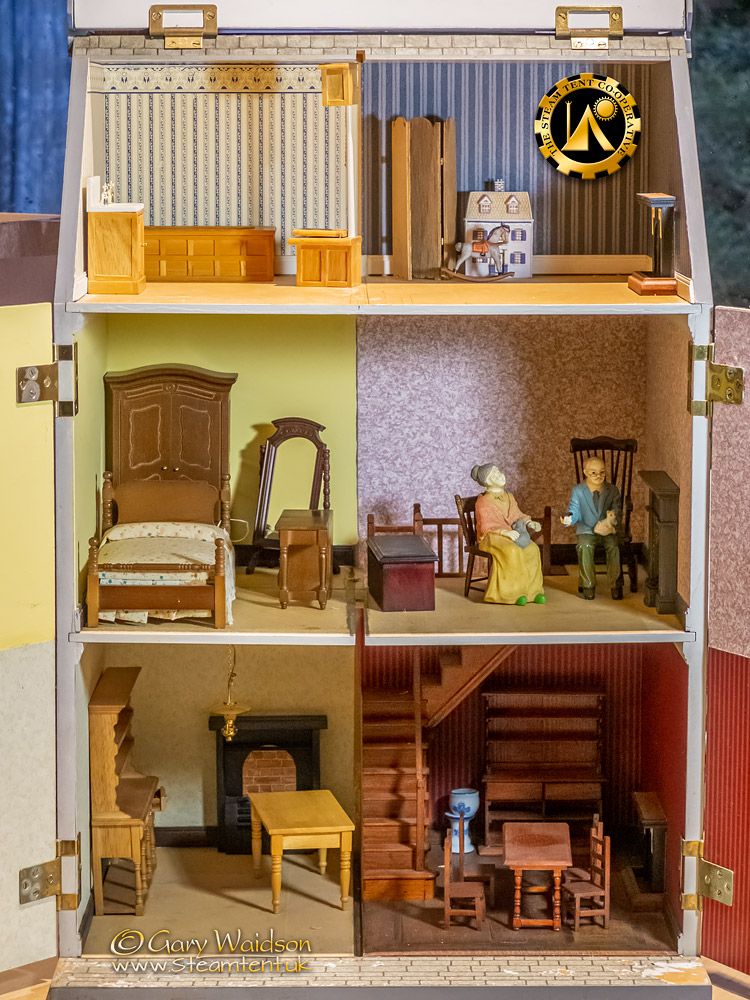 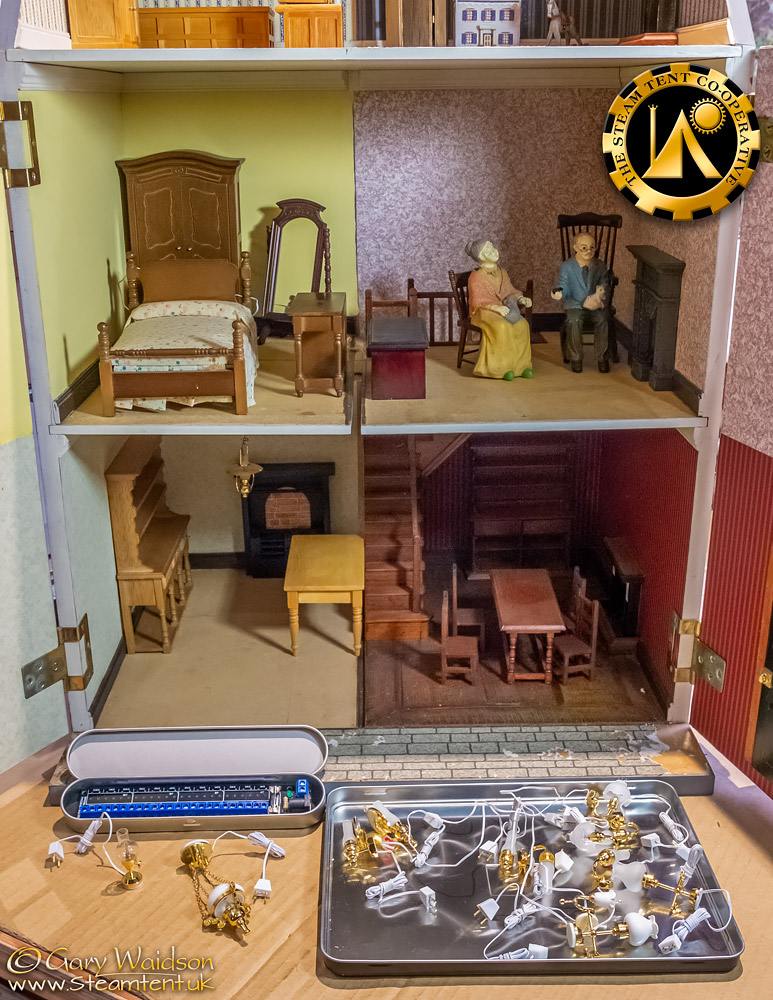 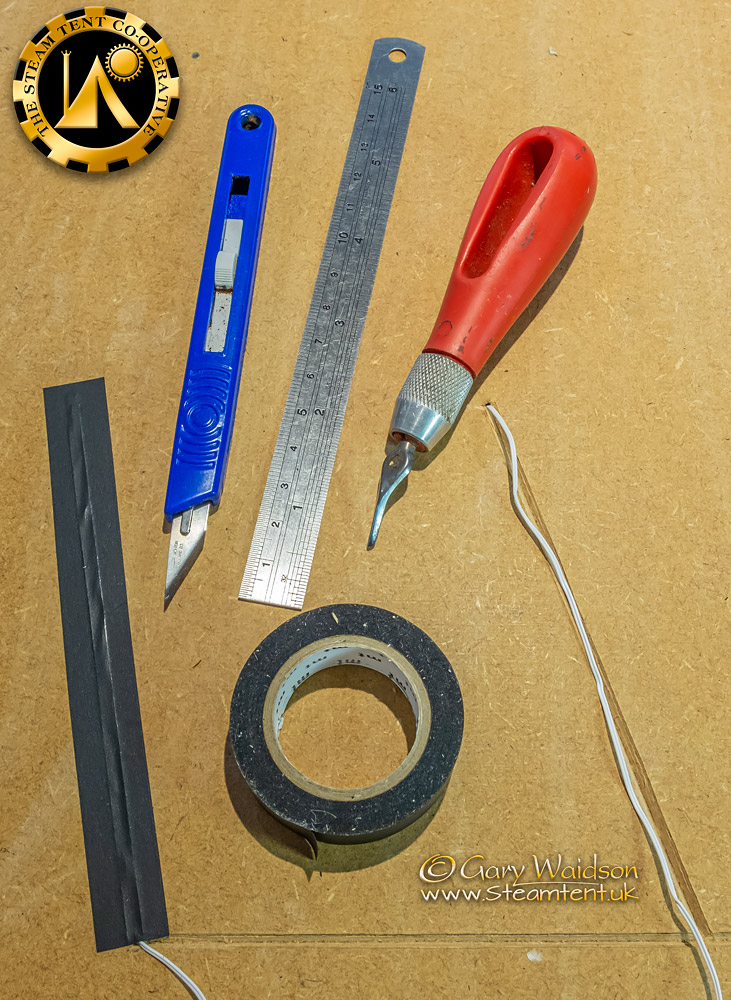 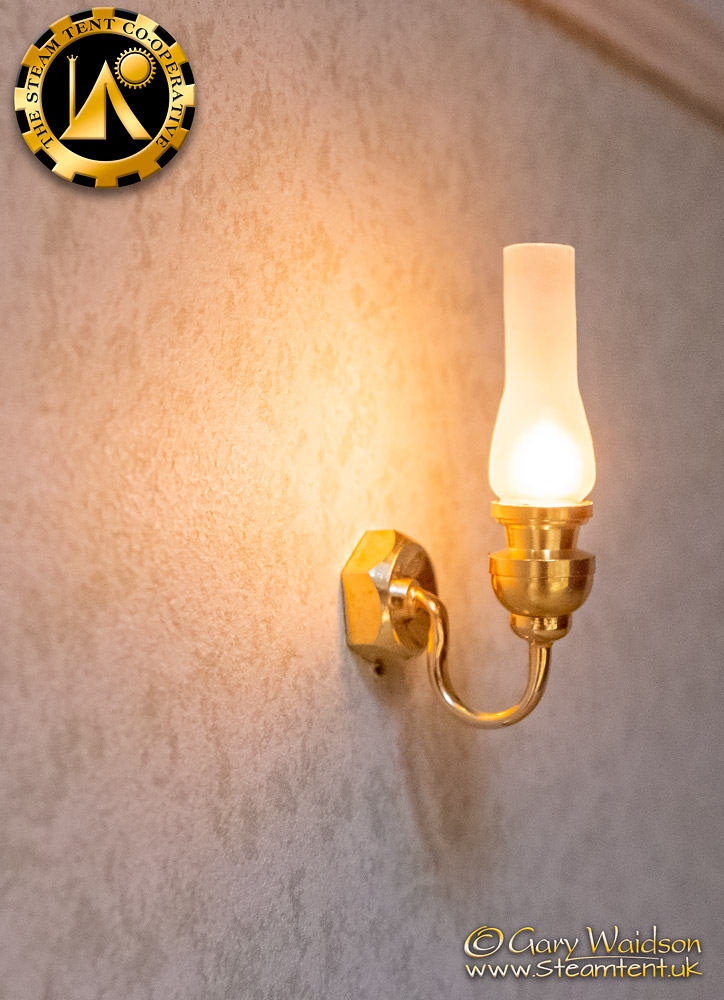 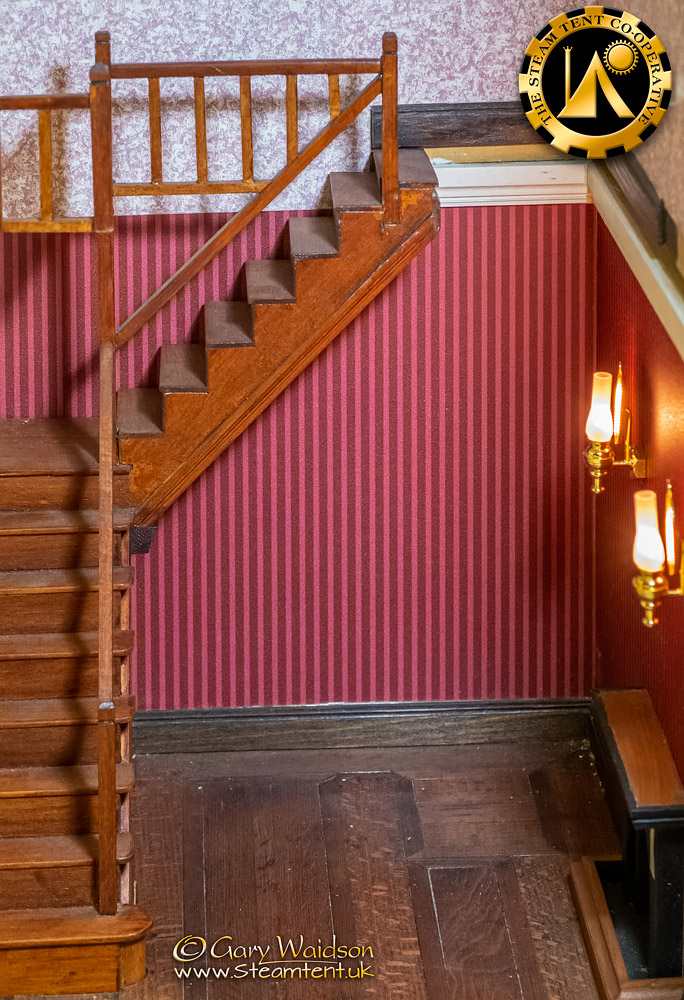 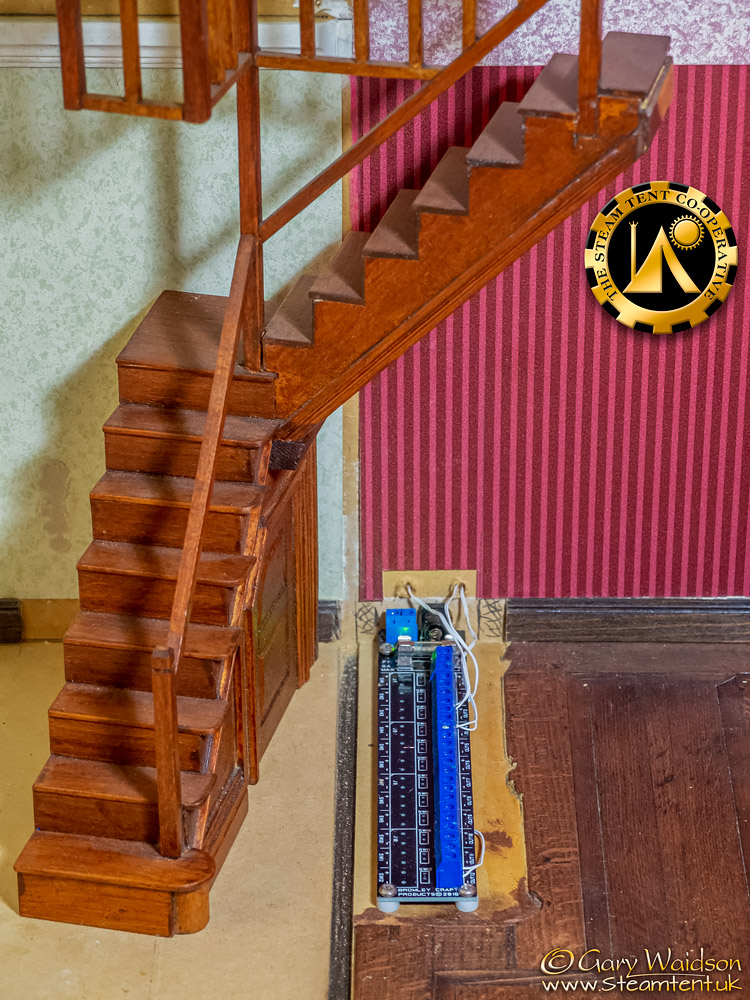 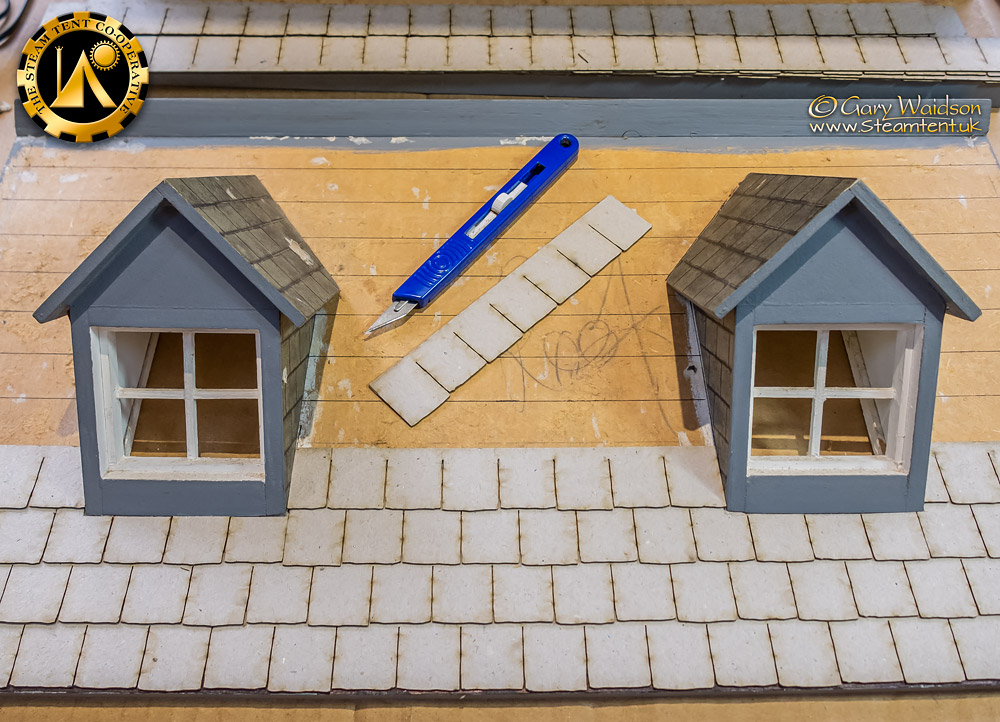 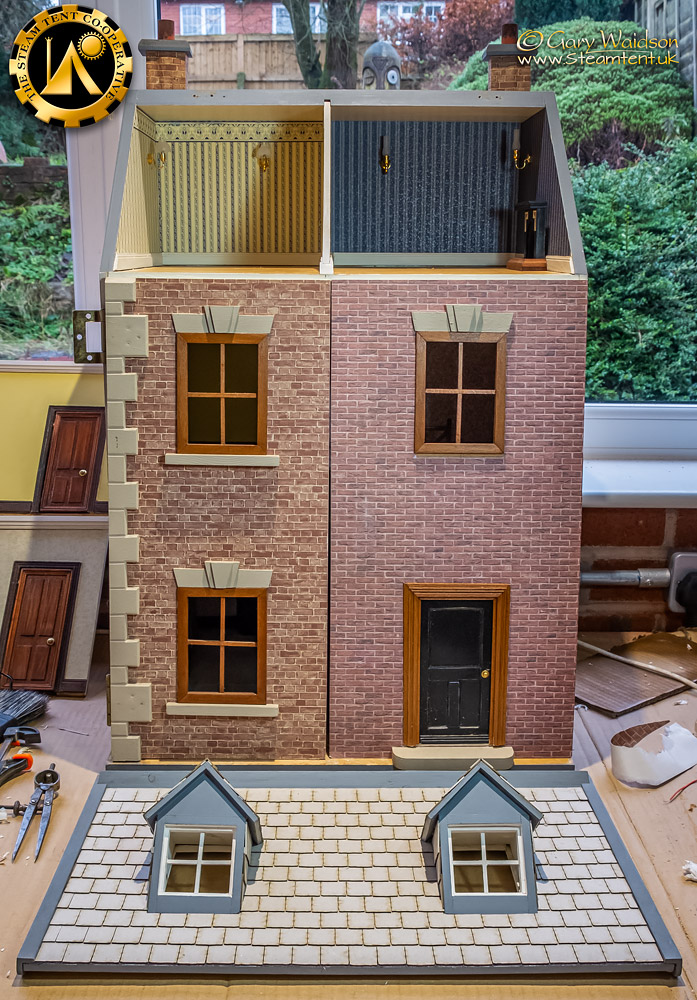 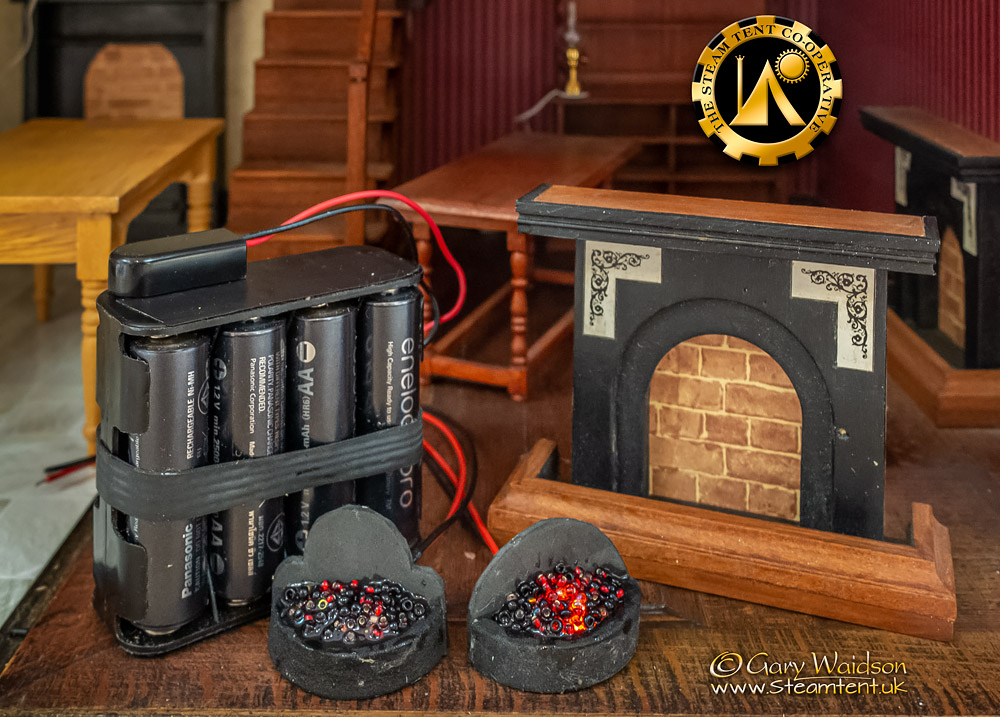 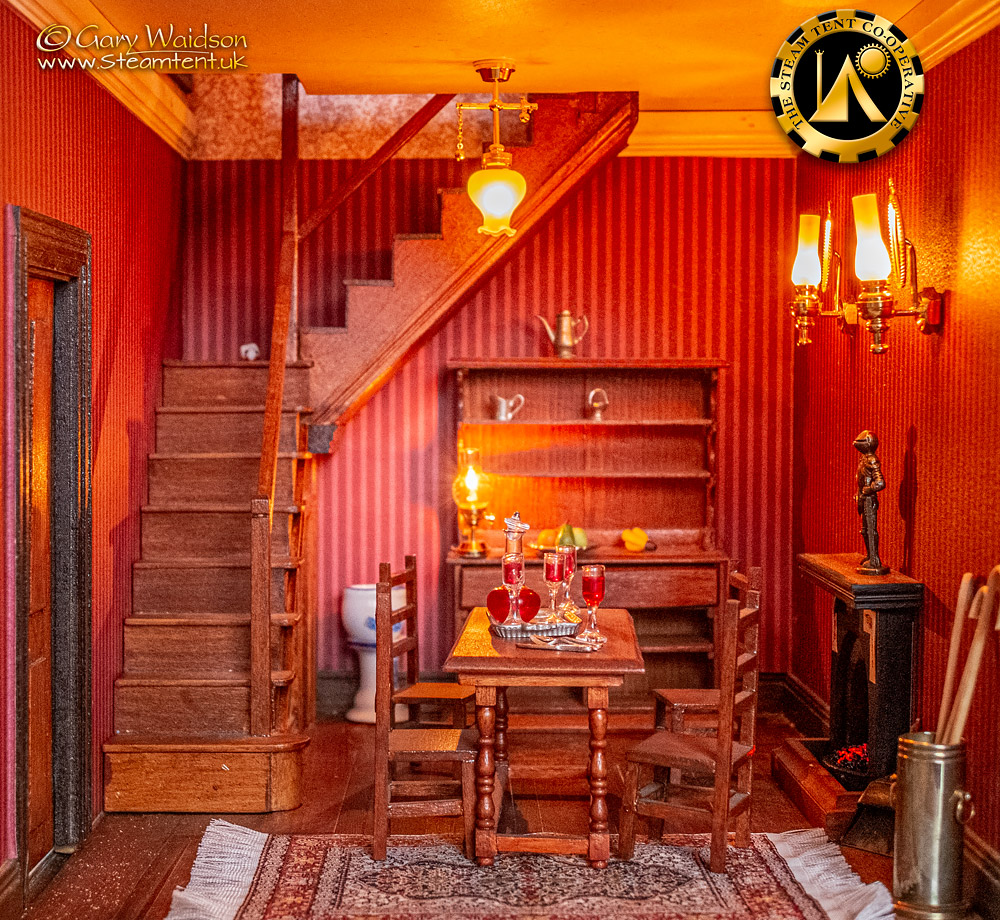 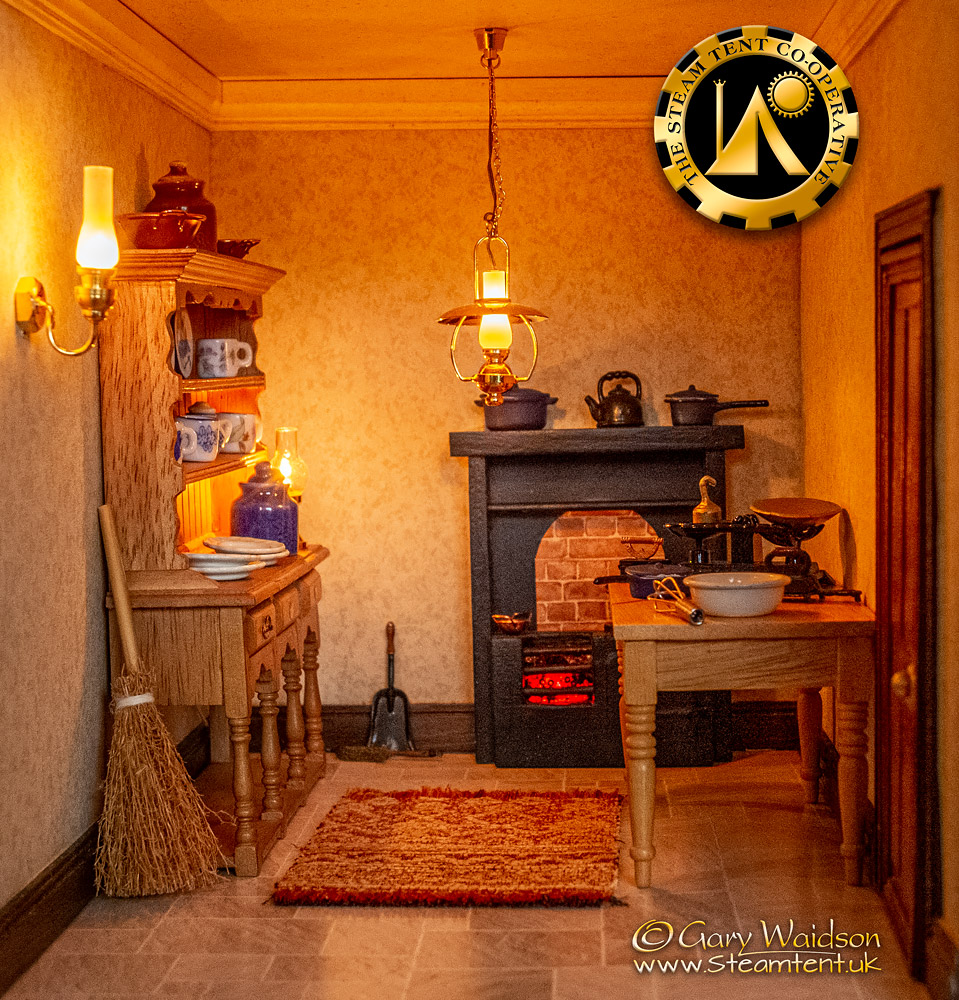 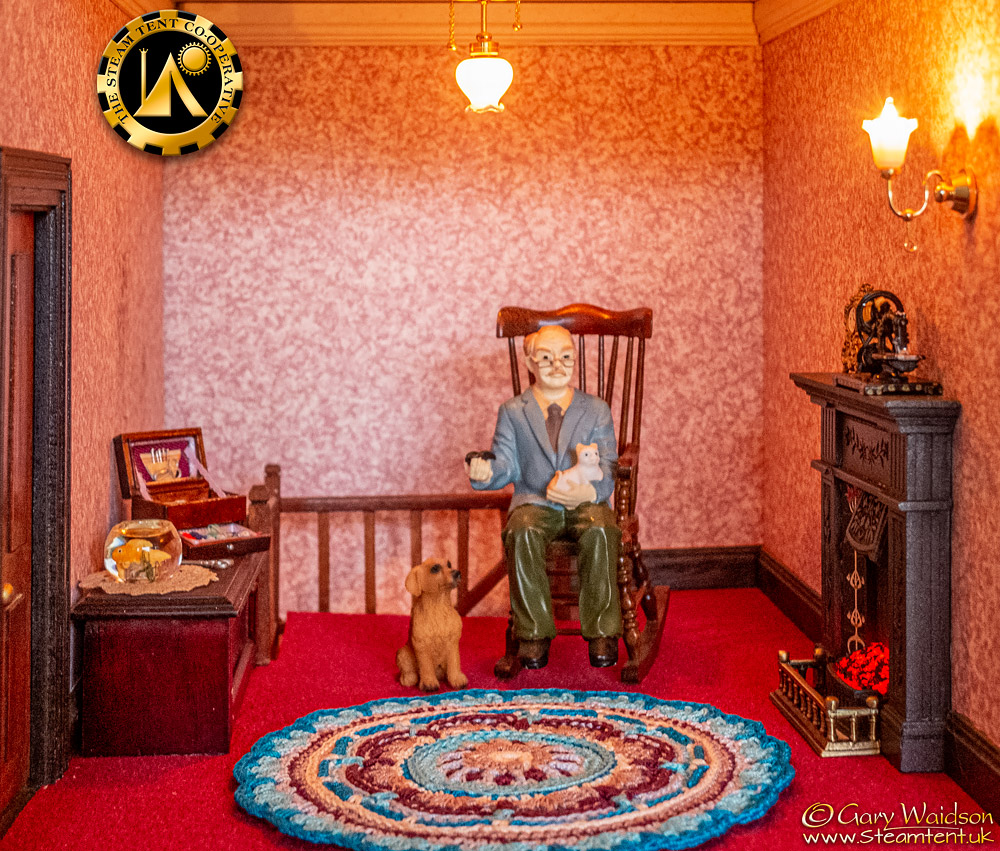 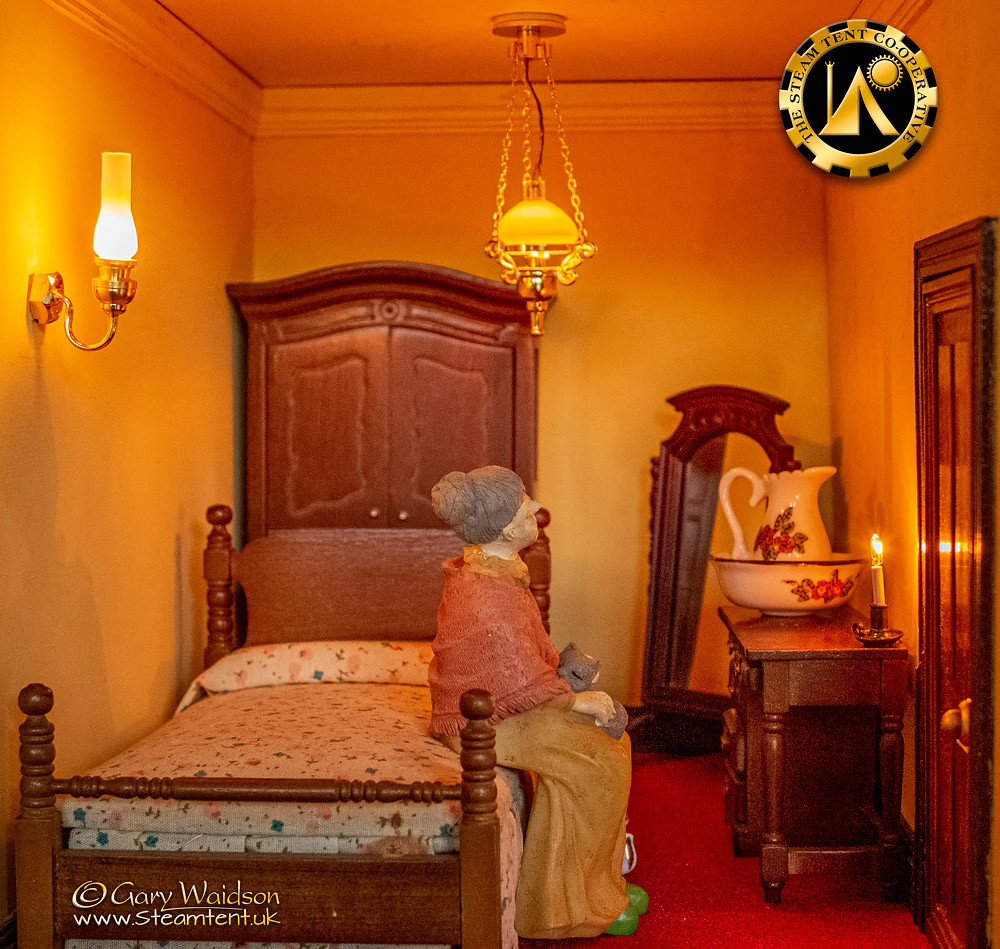 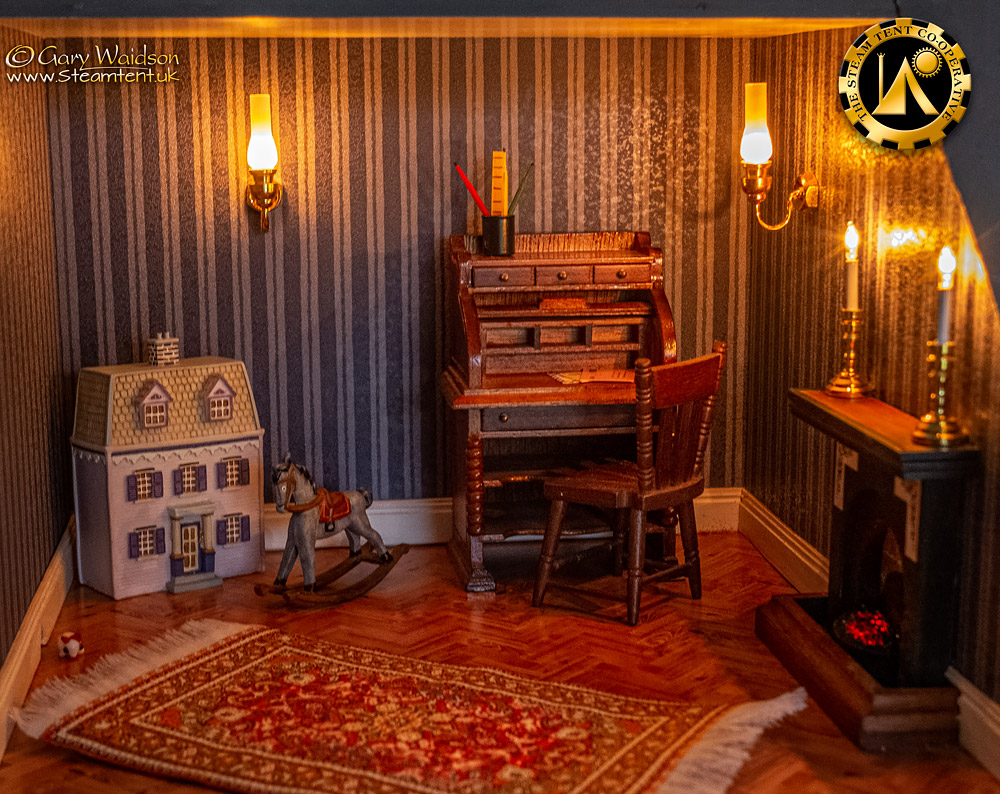 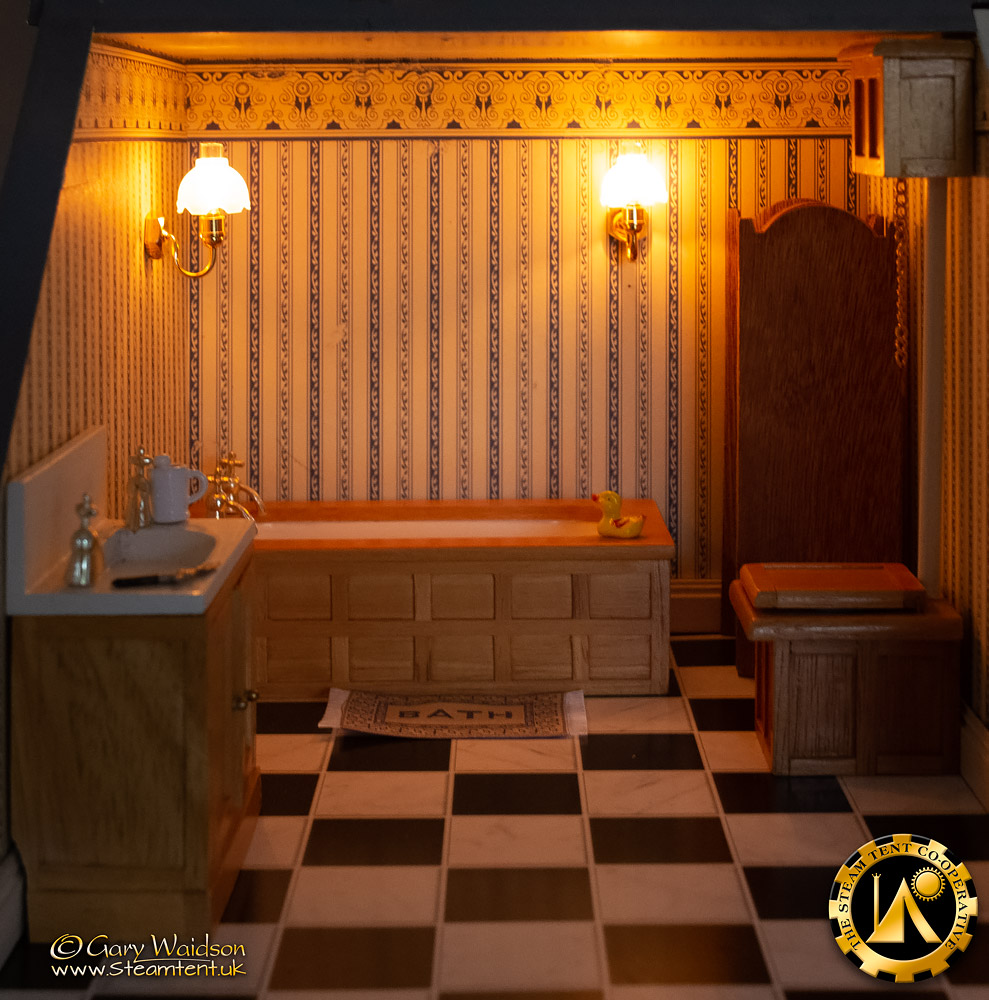 The House that Bob built.

Back in 2000, Deb’s father Bob, built this wonderful dolls house as a hobby project.

It came into our hands not long afterwards and took pride of place in our conservatory.

Sadly, over the years the conservatory became damp and although we moved  it into the house as soon as we realised the damage was already done.

Now that the old conservatory has been replaced with the new studio workshop restoring this was one of the first jobs I wanted to do.

Bob had often mentioned he would have liked to have wired it up for lighting but hadn’t got around to it so we decided this would be the ideal time to do that as well.

The exterior is based upon a typical Victorian brick terraced house. No rich but not poor either.

The brick and tile papers had suffered the most and were looking a little faded as well.

Inside it had fared much better with little needing to be replaced.

The dining room where Bob had built the furniture and stair case as well.

Before the onset of online shopping as were are used to today, we had only been able to pick up the things we occasionally found in specialist shops here and there.

For the renovation, we were able to order resources from far and wide. It’s easy to forget the difference the internet has made in so few years.

I opted for wired lighting because it easy to make sense of and as the external surfaces were being replaced anyway, we had a good way to conceal the wiring

I found a useful fused power distributor that would just fit where I had in mind and we ordered a selection of model oil and gas lights.

The plan was to cut channels into the outer walls to fit the wires into and then cover them with the textured brick papers.

I found some very thin Japanese Washi tape to hold everything in place and used a combination of craft knife and lino cutter to make the channels.

On the inside of the house this would leave very little visible wiring to worry about.

This is where the distribution / fuse block is tucked away.

The roof needed some work as well. The old paper was faded and damaged in places so I decided to use tiling strips instead.

In retrospect, I wish I had painted the base below the strips black as this led to problems when I painted the stips later but we live and we learn.

You can see the new paper on the right and the old paper on the left in this picture along with the roof before painting.

The fire places were a little smaller than most commercial fire grates that were available so I had to improvise with some craft foam.

The coals themselves are glass seed beads embedded in resin on top of a flickering orange LED which produces a fairly realistic result.

The fireplace in the sitting room was a commercial product but all the other fir places and the kitchen grate used the beads in resin effect.

This wonderful rug was crocheted and given to us by the wife of a good friend.

All pictures and artwork on this web site are the property of Gary Waidson or other members of the co-operative and are copyrighted. All rights reserved. ©2017-2020